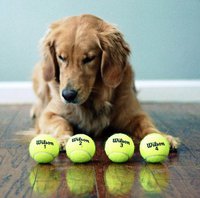 I’ve been translating for over 30 years now and over that time you come to realise what texts you actually enjoy. Whether or not you end up working on those texts is up to you, but as a freelancer it’s definitely your prerogative to pick and choose.

When I worked as a staff translator for a large nuclear company on first starting out in the early 80’s, I had very little choice. You just translated whatever arrived in your in-tray, be it chemical patents, technical specifications, plant descriptions, contracts, press cuttings, exhibition material or financial accounts (groan). In some respects, I’m really glad I had that broad base, as it enabled me to experience a wide range of texts, learning on the job, with the support of in-house engineers and colleagues. I soon realised what I enjoyed translating and what I struggled with, and whilst we could and did outsource some texts to our in-house panel of translators or freelancers, the onus was on us to produce the goods.

When I left on maternity leave and subsequently went freelance, it was a joy to be able to say no to jobs I didn’t fancy, or where the deadlines were too short for a new mum with a baby son as her first priority. In those days, most of my work was for my former employers or associated companies, mostly in the civil service sector, and deadlines were usually generous, plus my former colleagues knew exactly which texts I preferred! I know that’s not the norm in today’s rush-rush times, but it did give me a very good start in my newly self-employed state.

The ability to turn jobs down is doubtless one you acquire over time, with confidence and with a financial cushion behind you. It’s hard when you first start out and job offers are thin on the ground not to eagerly accept everything that comes your way – but please think twice! In the long run, it will do you no favours if you always say yes, regardless of the consequences….

Take this weekend, for example: I’d had a relatively quiet week as my son was home, so I’d allowed time to go out and about with him, long dog walks, leisurely lunches, a trip to the cinema and a day out in London to see the Tower poppies… I’d finished a lengthy translation too, but had nothing lined up for next week, when a long-term direct client ‘phoned on Thursday afternoon with a request for 8,000 words for Monday morning. In times gone by, I might have dropped everything, cancelled my trip up to London and put the weekend on hold to squeeze in the job. But, wait a minute: as a freelancer, your work/life balance is important too. I’d done enough work this week, I wanted to spend time with my son and I certainly didn’t want to spend my weekend working when I had a huge list of jobs to do in the garden! This particular client, much as I enjoy their texts, don’t pay a weekend surcharge, and even if they did, I just wasn’t up for working this particular weekend. So I said no. I also said I’d be happy to take anything next week, and I’m pretty sure they won’t take offence and will come back to me if anything else does come in. It’s all a case of establishing that rapport with your clients.

Then again, a few weeks ago, another long-established client called with a huge job that, whilst within my specialist fields, involved a non-editable pdf file with many mathematical equations and diagrams. I looked at the file and decided that, even with a substantial pdf surcharge, the text would ultimately be far too fiddly and I wouldn’t enjoy doing it, so I turned it down. I know from experience that even with good pdf conversion software (I use Abbyy or Solid), these texts can be a nightmare to process – and I prefer to translate than to fiddle around with text layout! Again, I was perfectly frank with my client and he came back a week later with another lengthy text that was, to use his expression “a perfect square peg for a square hole” – which indeed it was, and I thoroughly enjoyed translating it! (Oh, and straight text this time too!)

Other jobs I’m wary of now, again based on bitter experience, are those that involve specialist software such as InDesign. Earlier this year I accepted an InDesign text from a small agency that didn’t itself have InDesign. I knew I could translate InDesign files using Trados Studio, which was fine, but the problem was viewing the finished target text in InDesign. I managed to view it in the end using a MemoQ workaround, but only after a lot of messing around, research and help from online gurus. Nightmare! I’d definitely think twice before accepting such a complicated assignment again unless I knew the agency had the software to provide appropriate support.

What it boils down to, in my view, is doing what you enjoy doing. Ok, so not every text is a delight to translate, but on the whole, you know what kind of things you like translating. Obviously accepting texts outside your specialist fields is a complete no-no. I would no sooner accept a legal document or a set of financial accounts than I’d service my own car! You owe it to our own professional integrity only to accept jobs that are within your capabilities: I’ve nothing against some research, but we’ve all seen those colleagues who post virtually every other word of a translation on ProZ or other language networks… If you don’t understand a word of what you’re translating, can you really afford to say yes?

Likewise, accepting a low rate just because you’re desperate for work or really like the subject matter is the start of a slippery slope. Once you’ve agreed that rate, you’ll find it hard to work for that client for a higher rate AND you’re perpetuating the low-rate ethos that dogs the lower end of the translation industry. Stand firm!

Be wary, too about doing “favours” for clients (or colleagues!). An agency client I usually enjoy working with once asked me to translate a single sentence. I agreed to do it free of charge as it really wasn’t worth the effort of invoicing – or so I thought! They actually came back with so many (unnecessary) queries about this seemingly straightforward sentence, supplying context that hadn’t been there in the first place, that I’ve sworn never to make the same mistake again. Similarly, I was once persuaded to stand in for a colleague who was on holiday to handle a series of short texts due to come in, possibly needing translating, possibly just editing. I was told there would be no more than a couple of texts a day, but when 17 came in on the first day, mostly written by non-native speakers and making no sense whatsoever, I started to panic! In the end, I had to tell the end client that there was just too much and that it wasn’t at all what I was expecting, and to withdraw from the agreement. I felt bad about letting them (and my colleague) down, but far better to do it at that stage than to supply a mediocre result, or jeopardise my other regular work commitments. Better, in fact, not to let yourself be persuaded in the first place – sometimes going with your gut instinct is the right solution.

Last but not least, don’t let yourself be swayed by pushy clients, especially those with less than glowing references. If you feel something isn’t quite right, it probably isn’t. Check on the ProZ Blue Board, or Payment Practices, or post a query on professional association networks. The only time I’ve gone against my instinctive feeling about an agency was the time they duly went bankrupt shortly after, and I never saw hide nor hair of the £500 I’d invoiced….

So do yourself a favour: know what you’re good at and what you’re worth and be selective about what you accept. There’s nothing worse than reluctantly accepting a job you don’t really want because you’re quiet, only to have your favourite client call in a few hours later with your dream translation…

11 thoughts on “Being picky – choosing your words”