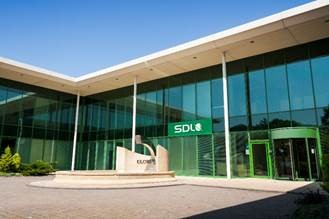 Way back in December last year, I was invited to attend a Trados advanced workshop/focus group at SDL’s headquarters in Maidenhead. I’ve been meaning to write about the day ever since, but have been overtaken by events. Finally, however, I’ve got my act together; forgive me if this is a rather curtailed version of events.

My invitation to an “advanced” workshop came out of the blue and while I was flattered to be asked, I was rather surprised. I’ve learned a lot about Trados over the 6 years I’ve been using it, but I’m not sure I’d describe myself as advanced – keen, perhaps! I’m certainly eager to learn more and figure that such opportunities are not to be sniffed at: getting advice/tips straight from the horse’s mouth often turns out to be well worthwhile. SDL kindly offered to pay my travel expenses from Sussex, including an overnight stay, as tackling the M25 from Sussex to Berkshire in the morning rush hour would have meant a very early and stressful start.

On arriving at SDL Central the next day, I soon found I was in very august company: university lecturers, beta group testers, tech wizards from translation companies… I did start to wonder why I had been asked and assumed it was because of my blog. I was reassured by my hosts that it was precisely because I wasn’t afraid to say what I thought: which is true, certainly on paper or in a small gathering such as this, despite my self-professed introverted tendencies.

So, what was the day all about? It was basically intended to be an opportunity for SDL to ask us, the customers, precisely what we thought about the product: the good, the bad and the ugly, if you like. What did we love and what did we not like so much? What really got out goat? Where could they do better? It also allowed us to seek advice from other attendees, and from the SDL team themselves, about any issues we were experiencing, on a relatively informal but intimate scale. The bi-annual roadshows are great places to go for tips and advice too, but it can be hard to get an in-depth answer to a specific question with such a large audience. They also gave a presentation on the latest addition to the SDL fleet, Studio 2017, for those of us, like me, who hadn’t yet upgraded. Quite a few of the gathered luminaries had already taken the plunge and were able to comment constructively on the latest changes. Inevitably, my notes are bound to be geared to my own experiences, but hopefully they will chime with others too. 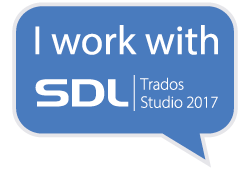 On returning home after the event, I was thrilled to find I had been upgraded to Studio 2017 as a reward for attending the day – a very welcome surprise! – so my comments about what we liked will relate to the latest version now I’ve had chance to use it. Without exception, we all loved Autosuggest and the ability to have matches shown from your current TMs, Autosuggest dictionaries, other termbases…. New to 2017 are also Fragment Match and Fuzzy Match Repair which leverage your TM as you work, including the current document, and suggest matches based on fragments pieced together from various sources. This is an extremely useful feature as it means you often merely need to read and confirm the suggested match: Trados has done all the work for you. Of course, you still need to be vigilant as it doesn’t always get it right, but it can save a lot of effort. In a recent patent I was translating, it automatically removed all the bracketed reference numerals from a previous segment when a similar segment, without numbers, came up in the description. With a sentence covering half a page, that was quite a timesaver!

The Advanced Display Filter is also an excellent move in the right direction: it allows you to search for multiple items/attributes in the source and target at the same time – very useful. Merging segments over hard returns is another huge boon for me, especially when working with converted pdf files  – and one that’s meant I really don’t use Wordfast any more, as it’s now so much easier to “fix” the source text as you go. Multiterm is also easier to edit with just one click. Other new features include Adaptive MT, which learns as you work, but as I don’t use MT myself, I can’t comment on its benefits. You can also drag and drop files straight into Studio to open them – not something I particularly use, but it might be a simpler entry mode for beginners. All in all, definitely worth upgrading if you’re currently using a previous version. You can find much more detail in Emma Goldsmith’s posts starting here, or in Paul Filkin’s Multifarious blog.

But where did we think there was still progress to be made? Alignment is an area that definitely needs to be improved; it’s still not self-explanatory, especially with complex documents. Folder management, i.e. where Trados saves files, could be a lot better. When opening a new file or project, it’s far too easy to let Trados choose the file location (often the previous folder you’ve used) – fine if you always save the files in the same place, but many of us prefer to use a system of client folders. It would be much better if you were forced to choose and confirm the location. I’ve come a cropper with this many a time – easy enough to resolve when you know what you’re doing, but for newbies it’s a nightmare if they can’t find their files! Error messages too could be more specific – it’s so unhelpful to simply give an enigmatic code, or computer jargon. Could they not be geared to a possible solution, by asking simple questions like whether the source file is still open/remove images/etc. Again, these are the kind of solutions we try when we know what we’re doing; in the early days, it’s simply mind-boggling…

An issue relating to the latest release is the requirement to reindex old TMs to activate the new Uplift and fragment match features on existing TMs. In effect, this realigns old TMs so that they can be included in the Uplift process. There is an app that allows you to batch Reindex a number of TMs at once, but it’s a pity this only works at folder level. If you have multiple TMs in a folder, not all of which need to be reindexed, it means creating new folders specifically for reindexing, or wasting time waiting for the system to process files that don’t need to be done – and using up valuable storage space in the process, as the reindexed files are much larger and save a back-up of the original too. For some reason, the process sometimes simply misses files for no reason, so you have to be quite vigilant to check that it has in fact processed the TMs you need. It would be better if you also had the option to simply drag and drop the files you need to reindex individually. A progress bar would also be useful – do you have just enough time for a cup of tea, or time to take the dog for a walk – or should you leave it overnight?! Doubtless these are teething problems, but the system could definitely be improved. Once reindexing is done, however, fragment match works beautifully.

We also discussed access to support, assuming we don’t pay for a support contract. Many of us use social media support groups, colleagues, recommended blogs or the official Trados Yahoo group, but SDL was keen to stress the SDL Community online. I personally have found this to have a much slower response rate than the Facebook groups, so perhaps this is another area for improvement?

We concluded the day by considering our ideal wish lists for Studio: in a perfect world, what would we like to see in future editions? Here are some of our suggestions:

Incorporating main apps in the program rather than having to search for them in the App store; or at the very least an alphabetical list of apps and their main features so that it’s easier to find what you need

Jargonbuster – a quick-access explanation of some of the jargon used, as this can be very off-putting to new users

Improved set-up – why, for example, do we constantly have to re-enter our five chosen languages after each update?! (And why only 5 for that matter?)

Option to have initial-capitalised words as placeables, for easier insertion of proper nouns via Autosuggest

Ability to export comments in a document as a separate file

Customised workflow wizard to cut down repetitive tasks and make sure that the target will export after translation – nothing more frustrating than coming to the end of a long file and finding the target won’t export….

These are just a few of the points we came up with, but I’m sure everyone has their own ideas for what they’d like to see in their CAT tool of choice. With such a complex program, it’s inevitable that we may only be using a fraction of its capabilities, but we all know what works for us – and what doesn’t. What I found so refreshing about the day was how prepared the SDL team were to listen to our suggestions, to help try and resolve existing problems and to promise to look into possible improvements. We had a catch-up conference call in January to discuss progress since the focus group, which was also extremely useful. As one of my colleagues on the day commented, Trados used to have a reputation for being “customer-hostile”; this certainly hasn’t been my experience.

Thanks again to SDL for inviting us to visit their home ground and share our feedback/thoughts. It was great to meet other colleagues too, even if they were all much more “advanced” than me. Looking forward to even better products in the future! And if you’re invited to attend a focus group in the future, do say yes – you never know what you’re missing otherwise…. 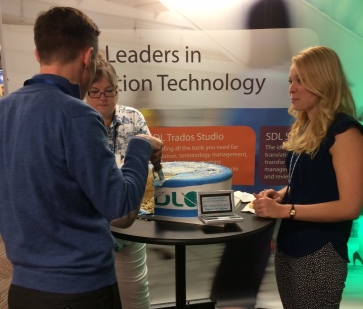